Art of Monsters University for Pre-Order 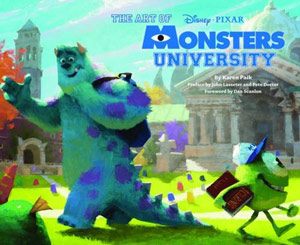 Starting with the original Monsters, Inc., Pixar has a long tradition of releasing "Art of" books for each of their films under Chronicle Books. They provide insight into the design process of each film and are incredibly inspirational for creatives of all kinds. The tradition continues with the announcement of The Art of Monsters University. It is now available for pre-order on Amazon. The books are typically not released until a week or two prior to the theatrical release of the film itself, so don't expect to see it until May or June of 2013.

Also, as a reminder, the Art of Monsters, Inc. was recently put back on the shelves in a massive re-print. It has long been unavailable, except to wealthy collectors, until this summer.