One of the most fascinating things to observe is a toddler making discoveries about his/her new world. That is what is expertly captured in Piper, the most adorable short Pixar has created to date. 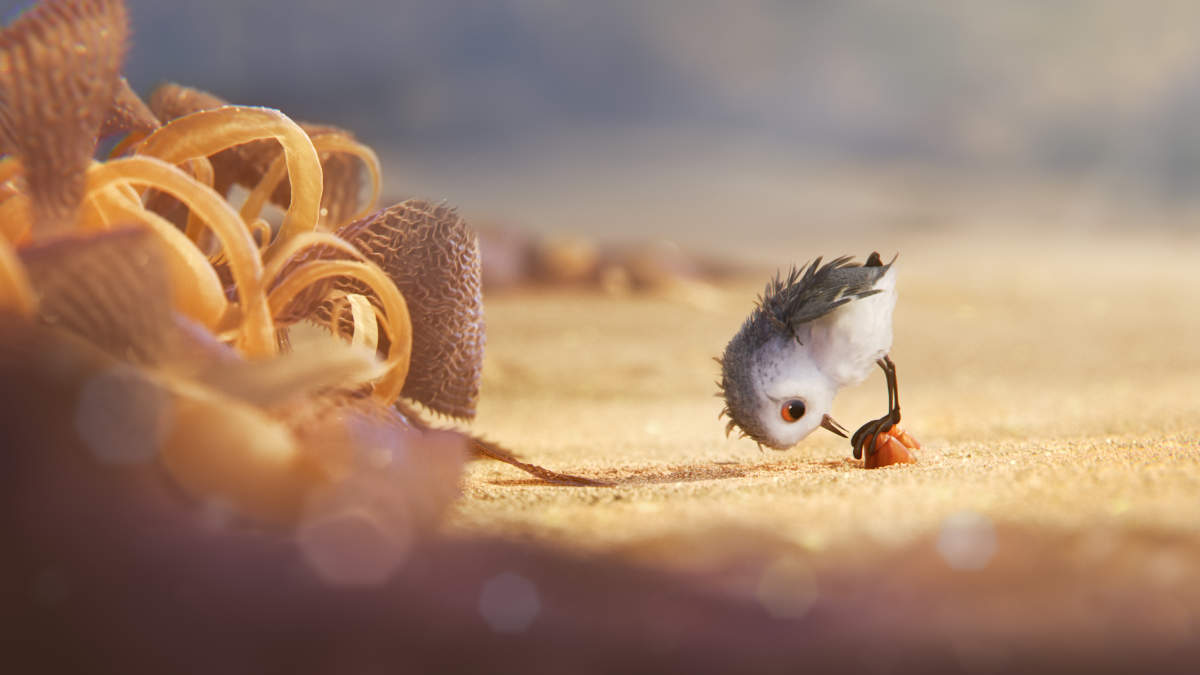 Much like The Good Dinosaur, they’ve taken great pains to bring exceptional photo-realism to the environment juxtaposed to semi-real animated characters. Not in a Roger Rabbit kind of way, but a beautiful, seamless and believable way.

There is nothing complex to the story. No twist to figure out. No gag to unravel. Just simplicity at its finest. You will experience nothing but unadulterated delight.

Also, am I imagining things, or was there a nod to Presto in there somewhere?

Finding Nemo is an undisputed classic. It’s so endearing, and so precious to us. It’s the best-selling DVD of all time and universally beloved, which makes an extension to the story an ambitious, if not risky move. How could it possibly compare?

UPDATE: Finding Dory surpassed Shrek the Third to achieve the highest grossing opening weekend for an animated film, by roughly $15 million. So there’s your first clue.

Finding Dory will find itself in the elite upper class of Pixar sequels — rubbing shoulders with the Toy Story sequels. And it builds on and validates Finding Nemo in the process. There are even some aspects of the film that are, I dare say, better than the original. 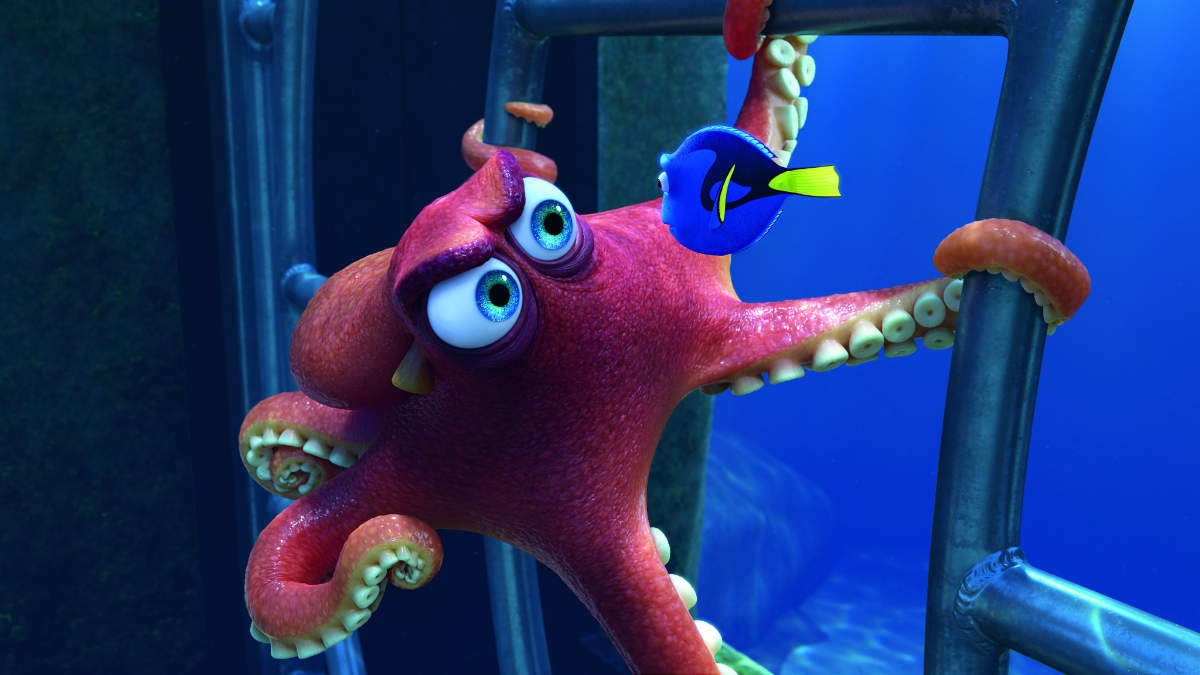 One outstanding example of this is the slate of phenomenal vocal performances across the cast, without exception. There was just something special about this collection of talent. Here are a few notable standouts: Of course, Ellen DeGeneres as Dory really brought what was required of her to carry the story on her back. Her performance was deep and genuine to a level we didn’t see in the first film. Dory experiences some real conflict, self doubt and raw emotion that DeGeneres makes natural and true to Dory. Ty Burrell hits the nail on the head with his excellent comedic flair as he voiced Bailey, the Beluga whale. And Ed O’Neill was the perfect choice for Hank the Oct/Sept-opus. Hank is really the best addition to the new cast. He’s the perfect supporting character with a mixture of sassy self-preservation and character flaws that are balanced by change, loyalty and compassion. Not to mention all the Herculean technical challenges I’ve heard he posed. Hank’s design and animation are masterful.

There is just the right amount of cameos from the original to poke at your nostalgia without turning it into a shameless parade of memories. The sea lions are funny, but a bit overplayed — the gimmick wore off fast for me. And baby Dory is just to die for — so cute and heartbreaking, matched with another perfect casting choice in Sloane Murray.

Yes, Finding Dory drives on a lot of the same general themes as the original: the tragic separation of parent and child and yearning to belong, but Finding Dory has really honed in on a truthy kernel in the enduring importance of family relationships. I like that angle. I’ve read some criticism on the quick, inconsequential journey they take across the ocean this time around. You’ll definitely have a “wait, what?” moment, based on the expectation set by the first film that trans-oceanic journeys are supposed to be perilous and lengthy. But I agree with that choice. It really gives us a chance to settle in on the search for family instead of a string of Indiana Jones-esque booby trap avoidance. We weren’t looking for a Finding Nemo repeat. And that moment you realize Dory has the best parents ever when you piece together all the facets of their search and the relentless daily efforts they engaged in — man, tear-jerker. 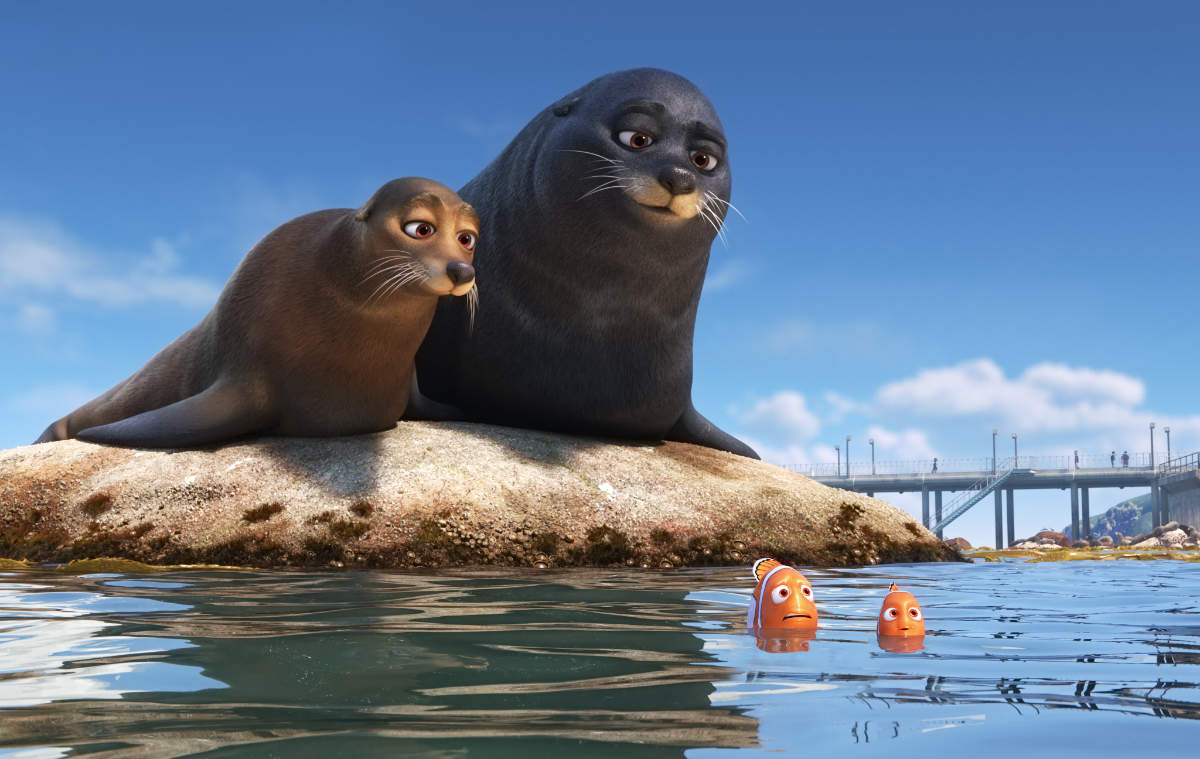 Finding Dory is an improvement upon, but not a departure from the aesthetic of Finding Nemo. As with other Pixar sequels, the textures are richer and the worlds more enveloping, but you still feel right at home. How do they do that?! The sets aren’t nearly as vibrant as the original, but that has more to do with location accuracy than anything. Tropical oceans are simply more colorful than the California coast. But it is still striking and beautiful. Finding Nemo has long been my favorite 3D movie. The underwater worlds lend themselves to beautiful depth. Floating particles that pull the ocean out into the theater, and deep scenery that pulls you into the ocean. For all the same reasons, the 3D in Finding Dory is worth seeing at least once. There’s no gimmicky eye-poking 3D. You’ll get plenty of that in the previews (speaking of previews, how is it that animation has managed to make every type of character more appealing than their real life counterparts — except human babies?).

Thomas Newman’s score is also a dazzling evolution from his work 13 years ago. It’s got his signature style and the nostalgic wonder of the Finding Nemo soundtrack, plus everything he’s discovered scoring spy movies since then (see tracks “Nobody’s Fine”, “Becky Flies”, and “Okay with Crazy”). Thomas Newman conveys “wonder” better than any other composer I’m familiar with (for that, see tracks “Sigourney Weaver”, “Loon Tune” and “Release”). And then, there’s that “Unforgettable” cover by Sia. Wow. I’d listened to it prior to seeing the movie on Thursday, but there was something about hearing it in a spacious, mildly echoey movie theater that was breathtaking. So beautiful.

TIPS: Despite one scary scene with a giant squid, Finding Dory is more tame than its predecessor. So if your kids can handle Finding Nemo, they should be fine in Finding Dory. And don’t forget to stay for the traditional Pixar post-credit goodies!

There’s no question. You just need to see this one.