News broke this morning that Andrew Stanton is back on staff full time at Pixar after a regrettably bitter taste of the live action world. Despite the dismal performance of John Carter, let us not forget his lead role in two of Pixar's most beloved, and successful films, Finding Nemo and WALL•E — with, of course, a significant say in all of their other films. But more interesting than the fact that he is working full time at Pixar again, is what he's working on. 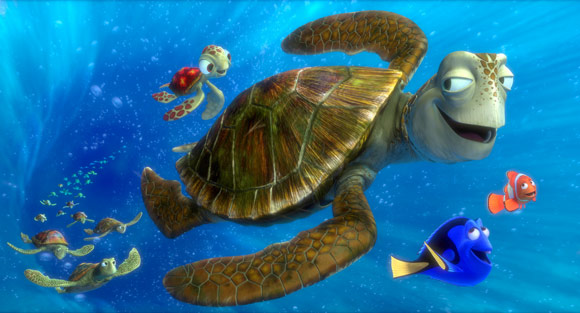 Deadline has it on supposedly good authority that Stanton has pitched a winning storyline to the Pixar Braintrust for a sequel to Finding Nemo, the second highest grossing Pixar film and best selling DVD of all time, and is now moving into full production on the film set to be released in 2016.

Before you get your scales ruffled over the prospect of losing Nemo all over again, and another Pixar sequel in the pipeline, do keep in mind that after Monsters University there will be three straight original films released before the Finding Nemo sequel.

One disconcerting thought mentioned in the article that I choose to attribute to sensational reporting, and hopefully less to actual fact, is the report that Disney used the sequel as an ultimatum for his return to the director's chair for a live-action film. Such motives are a bit disheartening to hear, but as we all know, entertainment blogs are all about drama. Ahem.