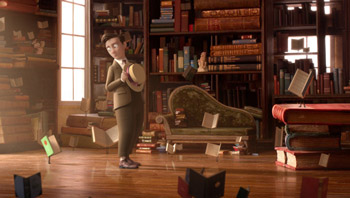 In an increasingly disappointing awards season, Pixar's only hope at an Oscar, La Luna, was beat by Moonbot Studios' The Fantastic Flying Books of Morris Lessmore.

It was a close race, with critics divided on which of the two would take the trophy. It seems that the critics were ready to give other studios a shot at the award with Cars 2 not even receiving so much as a nomination. Rango came away with the well-deserved Best Animated Picture Oscar.