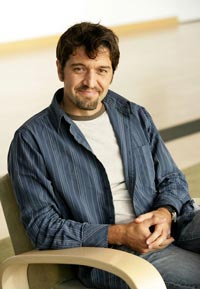 Enrico Casarosa, director of Pixar's short film La Luna, gave a detailed interview to /Film today on the process of making a short film from start to finish. La Luna is in the running for the Best Animated Short prize at the Oscars next February. It will be released to the general public in front of Brave in June of next year.

Read the article at /Film.

Also in the news today was the announcement of a new game for the Xbox 360 featuring Kinect motion sensing technology based on Pixar characters. In "Kinect Rush: A Disney/Pixar Adventure," players can assume the roles of characters from Toy Story, The Incredibles, Cars, Ratatouille, and UP. It will debut on March 20th 2012 and available for purchase at an MSRP of $49.99. See the trailer below.