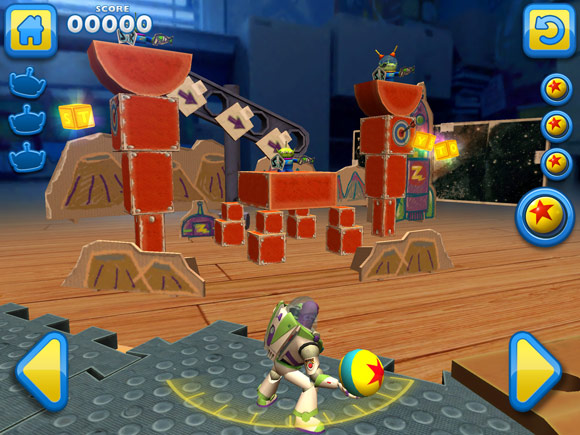 It's a fun little puzzle game, roughly based on the popular Angry Birds. The Aliens are taunting buzz from atop toy block towers. You can throw a variety of balls at the towers to knock them down, while aiming to collect the golden blocks at the same time. It's a pretty good deal at only $.99. It's available in the App Store now.